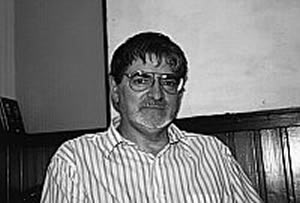 If you read Ian Campbell Dunn’s Wikipedia page you’ll find that he was a Scottish “gay rights campaigner”. After his death in 1998, Peter Tatchell wrote his obituary in The Independent, which describes him as “a pioneer for lesbian and gay human rights, remaining a central figure in the battle for homosexual equality – in Scotland and internationally – for 30 years”. His obituary also says that he helped set up the Scottish Minorities Group, one of Britain’s earliest gay rights organistations, in 1969.

What Tatchell’s obituary and the Wikipedia page fail to mention is that Ian Campbell Dunn, along with Michael Hanson, was co-founder of the Paedophile Information Exchange. It was created as part of the Scottish Minorities Group in 1974, the following year it moved to London with a different group of people running it.

The Paedophile Information Exchange, or PIE, campaigned for the age of consent to be reduced to 4, so paedophiles could abuse children without fear of prosecution. It also ran a contacts page which acted as a front for dealing child pornography and enabled members to make contact with other paedophiles. This is how organised networks began, and partly explains how paedophiles like Peter Righton managed to infiltrate children’s homes and schools throughout the UK.

After PIE officially disbanded in November 1984, Ian Campbell Dunn carried on running the organisation from his Edinburgh flat. This extract is from ‘Child Pornography’ by Tim Tate (Methuen, 1990): 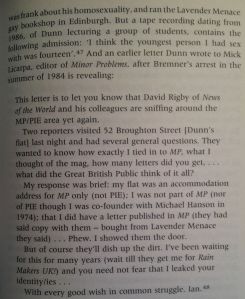 Until recently there was an award for Scottish gay rights campaigners that was named after Dunn. In 2007 there were demands that the award should be renamed after a recipient discovered that Dunn was a paedophile.

Perhaps it’s time someone edited Dunn’s Wikipedia page to give a more accurate account of his interests. We need to keep paedophiles who posed as gay people completely separate from the rest of the gay community, and it doesn’t help by being in denial about the truth. When writing Dunn’s obituary, Peter Tatchell should have taken the opportunity to distance Dunn from the gay community by being more honest about his involvement with PIE.