Tom Watson recently revealed that the Paedophile Information Exchange (PIE), a group that wanted the age of consent lowered to 4 years old, were directly funded by the Home Office. (The Mirror 21/11/13)

PIE published propaganda material seeking to ‘normalise’ sex with children, and placed it in locations including public libraries and the Citizens Advice Bureau. (Daily Express 03/09/83)

The booklet shown below, ‘Paedophilia: Some Questions and Answers’ was published by PIE in 1978 and may have been paid for by the British Government. It peddles a huge number of lies about child sexual abuse starting on the very first page…“paedophiles are often a force for social good”.

Why would any government fund a sick publication like this?

And why haven’t any other British newspapers picked up on the huge story that the British Government directly funded the Paedophile Information Exchange? 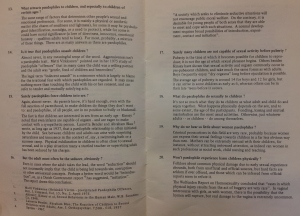 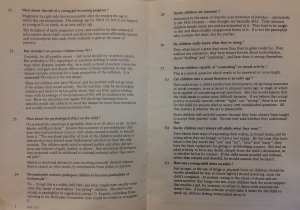 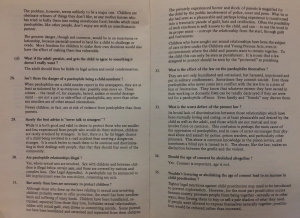 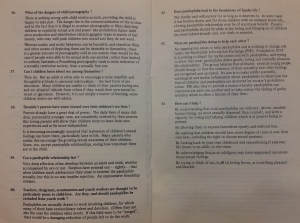