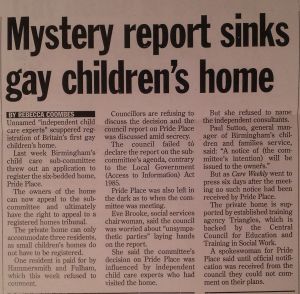 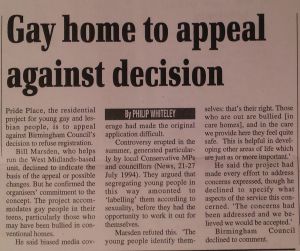 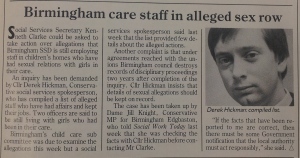 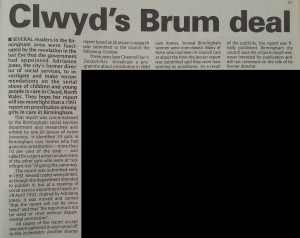 At least five children were illegally placed in care on Jersey by Birmingham social services, which then lost track of them.

Four of the youngsters – who are now adults – are still on the island and have been traced by local police. But the whereabouts of the fifth, a male born in the Fifties, remains unknown.

Liberal Democrat MP John Hemming, who discovered that his local city council had sent children to Jersey, believes other children from the UK ‘were also placed in care there’.

The MP for Birmingham Yardley added: ‘The Government has refused to order councils to check properly because it does not want to open a can of worms, on the links between abusers in England and Jersey.’

The Mail on Sunday has also learned that children from UK local authorities, which have also been the subject of abuse allegations, were taken on holiday to Haut de la Garenne, where the bone fragments are said to belong to five children whom detectives believe were killed.

The inquiry suffered a setback last week when forensic experts revealed that the age of the remains cannot be dated, meaning a murder inquiry is unlikely. But nearly 100 former care residents have alleged gross physical and sexual abuse.

Birmingham council only discovered it had placed five children in foster care on Jersey because, at Mr Hemming’s request, it checked old accounts. It found it made payments to Jersey for child care between 1960 and 1990. Yet a social work file survived on only one child.

Mr Hemming praised the council for ‘doing what every council should do now’. He added: ‘It is not responsible for what happened under earlier administrations, and I can’t believe it was the only British authority which used Jersey. The system nationally is not properly accountable. Children are taken into care never to be seen again.’

Schools Minister Kevin Brennan has told the Commons that checks are unnecessary because children from the UK cannot be placed in care in Jersey without a court order. Yet the five Birmingham children were sent to Jersey without such orders.

Although he has no information suggesting any crime took place, Mr Hemming is concerned that the fifth man’s history and whereabouts remain unknown. ‘How many other councils dumped kids there and forgot about them?’ he said.

Mr Hemming has asked English councils to check their records under the Freedom of Information Act. He said: ‘Most seem only to have done cursory checks, just checking recent electronic files, or asking around the office.’

Responses obtained by The Mail on Sunday confirm this. A handful of councils refused to check at all.

They included Islington in North London, whose 12 children’s homes were infamously infiltrated between the Seventies and Nineties by a child sex and pornography network, while Margaret Hodge was council leader.

Key staff, The Mail on Sunday recently revealed, were from Jersey or had strong Channel Islands connections. The council told Mr Hemming that checking its records would cost too much.

Liz Davies, the former Islington senior social worker who bravely blew the whistle on the scandal, said last night: ‘It is becoming clear that children at Haut de la Garenne were sent on holiday to children’s homes in England which were also notorious for abuse, while the children in the English homes they went to were sent to Haut de la Garenne. They literally swapped beds.’

She did not feel able yet to reveal which authorities were involved.

‘But I am perturbed that police in Britain have not written to all local authorities on the mainland to demand they check which children they sent to Jersey,’ she added.

‘During the North Wales abuse scandal in the Nineties, when I was a child protection manager in London, police asked all councils to check had we sent any of our children to its care homes. Many had, then just forgotten about them.

‘Children in care are often shipped about, and paedophiles love placing them far from home.’

Mr Hemming is furious the Government has refused to respond to the call for councils to check records until after the summer break.

He said: ‘They are stalling because they are embarrassed by the size of the problem, and because it involves English authorities, too.’ 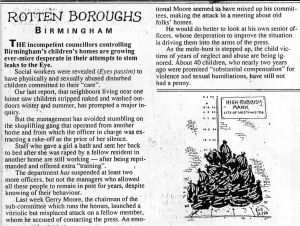