In January, Exaro News and the Sunday People revealed that the Conservative Group for Homosexual Equality (CGHE) “strongly recommended” that its members visit the Elm Guest House, which was being used as a front for a paedophile ring that sexually abused children as young as 10 who had been procured from children’s homes run by Richmond Council. Full article

In 1983, Margaret Thatcher’s Home Secretary, Leon Brittan, wrote to the CGHE and as well as saying he supported the wholly reasonable aim of reducing the age of homosexual consent to 18, he told them that the Conservative Party supported “all minorities”. He didn’t specify whether this support included the paedophile minority. 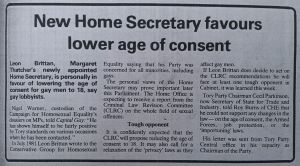 The Paedophile Information Exchange (PIE), who campaigned for the age of consent to be reduced to 4 years old, had successfully infiltrated the gay liberation movement and positioned themselves as an oppressed minority group. They had also persuaded politicians to support their cause, and they claimed that two MPs were on their mailing list.

Although it may seem far-fetched that any government would support a paedophile organisation, you only have to look at the Thatcher government’s record on child abuse to realise that the rights of paedophiles were given more importance than the rights of children. They refused to ban the Paedophile Information Exchange despite a petition which attracted over a million signatures from members of the public. Read more

The Conservative Group for Homosexual Equality were keen supporters of Thatcher, as we can see from these Capital Gay articles from April/May 1982, although she was less keen to show her support for them. Was this becase she was aware of their connections to the Elm Guest House and wanted to distance herself from them? 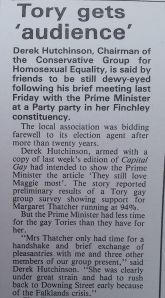 Some Labour politicians also supported paedophiles. The National Council for Civil Liberties (NCCL), now known as Liberty, whose officials included Harriet Harman, Patricia Hewitt, Jack Dromey, and Henry Hodge, were affiliated to PIE. In 1978 the NCCL passed a resolution which stated that images of child abuse should only be considered indecent if it could be proved that the children involved had suffered harm. Read more

There were also powerful Establishment figures outside the main political parties who were involved in covering up paedophile networks. The Attorney General, Sir Michael Havers, threatened Fleet Street over their coverage of the Elm Guest House paedophile network, and effectively stopped them from reporting on it after August 1982. Havers, along with the Director of Public Prosecutions, Sir Thomas Hetherington, protected paedophile diplomat Sir Peter Hayman, and Hetherington allowed the leader of the Paedophile Information Exchange to flee the country and escape a jail sentence. 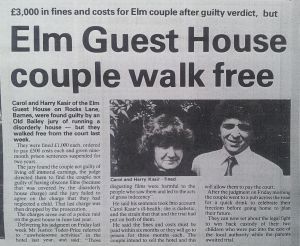 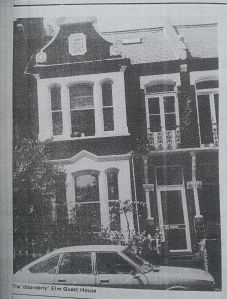 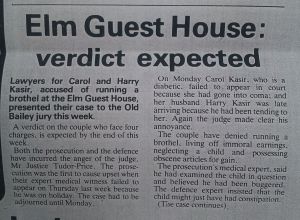 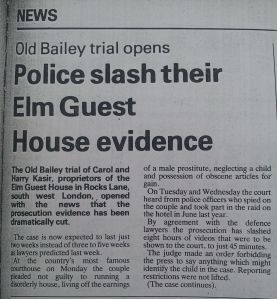 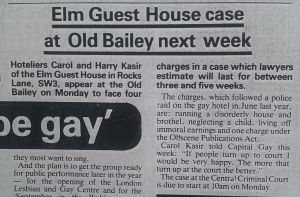 The Guardian, 9th August 1982
(redacted to remove the names of two Elm Guest House staff members who were cleared of any wrongdoing) 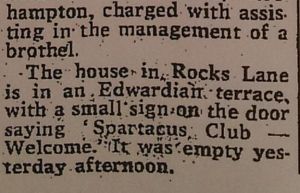