Dozens of arrests are expected after the Director of Public Prosecutions has acted on a detailed dossier on illegal homosexual activities.

Some of the men involved are celebrated in show business, others are top names in the financial world.

The arrests will come in the wake of a vice trial at the Old Bailey. Five men guilty of indecency offences involving boys will be sentenced tomorrow.

At the core of the case is an amusement arcade called Playland, near Piccadilly Circus in London.

Police have interviewed 152 boys many of them ‘Johnny Go Home’ runaways, whose search for the bright lights ended in enticement and male depravity.

The vast investigation began 18 months ago. It was then that one of the men involved told me he wanted to co-operate with the police because he resented the way ‘some very big names’ were taking advantage of young boys.

The informant and I went to Commander David Helm, head of the West End Central police force.

Watch was kept on Playland. And a network of vice was uncovered.

Pressure was building up yesterday for the closure of Playland and any other arcades where perverts might prowl.

Mr William Molloy, Labour MP for Ealing North said: “The Old Bailey trial points to the need for immediate co-operation between local authorities, the police and the managements of these arcades.”

If this was not given, the arcades must be closed, he said.

The licences of Playland and six other arcades are to be reviewed by Westminster City Council’s licensing sub-committee on Friday.

In 1975, Scotland Yard carried out a high-profile child abuse investigation which centred on the Playland amusement arcade near Piccadilly Circus, and involved the sexual exploitation of homeless boys. The investigation led to five convictions in September 1975. Four of the men convicted were ‘nobodies’, but one – Charles Hornby –  was a pillar of the Establishment. He was a  wealthy socialite, a Lloyd’s underwriter, and an old Etonian, “who on occasion had Prince Charles among his dinner guests”.

The four ‘nobodies’ later had their sentences reduced in mysterious circumstances. One of them, David Archer, alleged that Hornby was far from being the only VIP involved in the Playland scandal.

Last night Archer said he would present the police with a dossier naming the ‘millionaires and titled and influential people’ involved in the Playland affair. He added: ‘I believe there was a tremendous cover-up to protect these people.’

A clue as to the identity of one of these ‘titled and influential people’ appeared nearly a decade later with the publication of Philip Ziegler’s biography of Lord Mountbatten.

In 1975, Mountbatten was told that gossip had linked him to a homosexual scandal. He recorded in his diary: “I might have been accused of many things but hardly the act of homosexuality.” 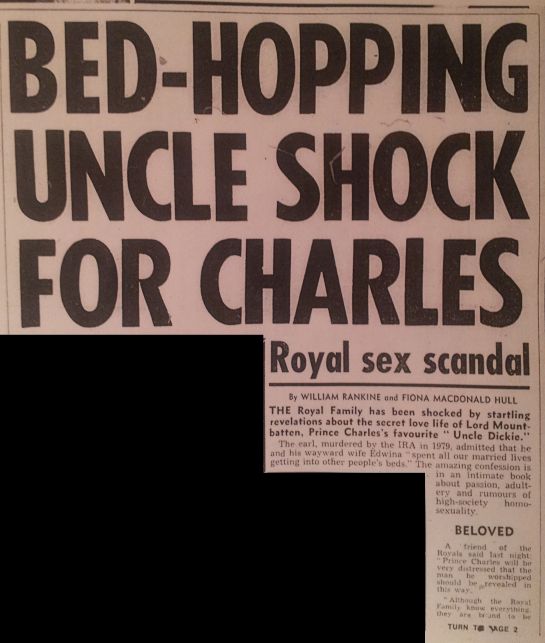 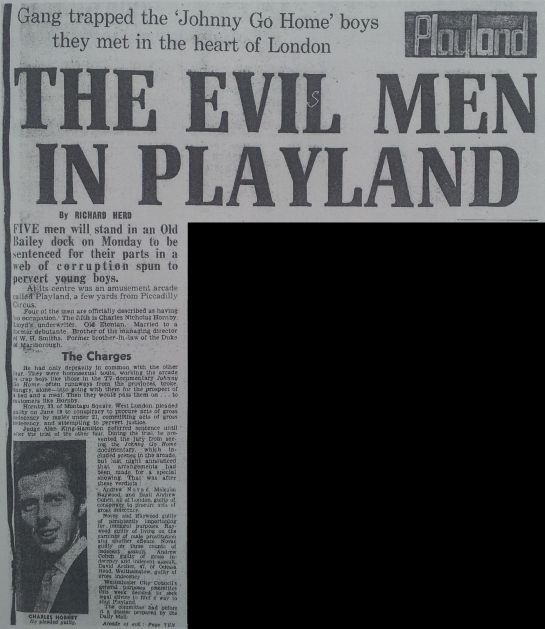 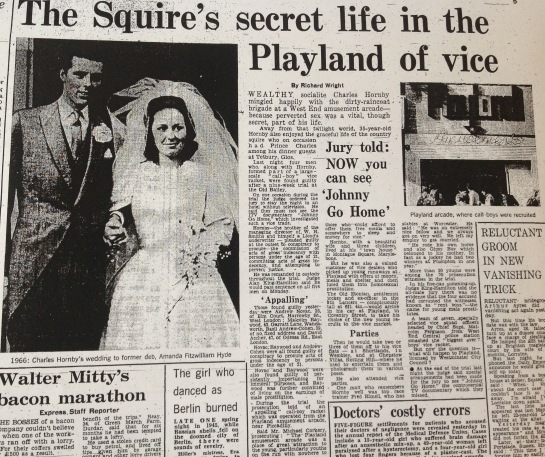 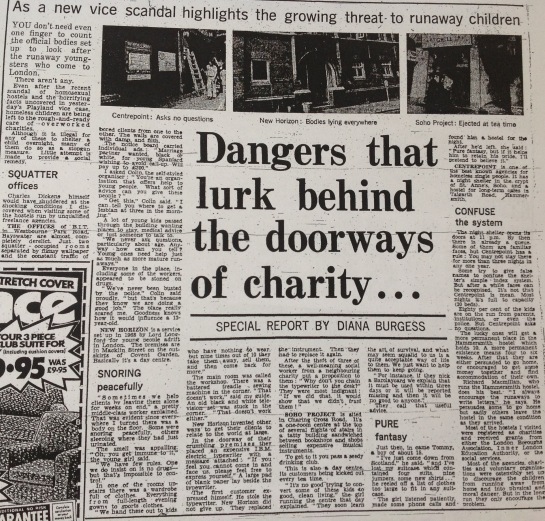 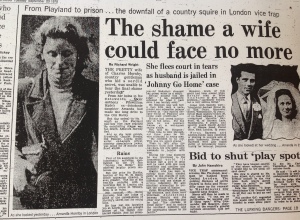