“I am perplexed by the complete wall of silence in the media following the publication of this story.

This is a major breakthrough but has gone unnoticed it seems.
This is the first time I have read in the media of “evidence” of a link between Leon Brittan and PIE.
I have seen the anonymous letter sent regarding Harding and his connections.
I am also aware of the sources who had first hand acquaintance with Harding and the visitors to his shop in Islington and they are totally credible
The allegations that these visitors included Brittan, Smith and Thorpe, plus the high profile members of PIE who had gone public at the time, are very credible
The reason for a return to a conspiracy of silence by the media does not bode well for survivors of abuse by very powerful networks”
Clockmaker Keith Harding played vital role in Britain’s biggest child sex ring
by James Fielding
Sunday Express, 10th May 2015
The pervert met regularly with MPs Leon Brittan and Cyril Smith at his world-renowned workshop.

The former Liberal leader Jeremy Thorpe would also drop by along with key members of the vile Paedophile Information Exchange Steven Adrian Smith and Tom O’Carroll.

A PIE list seized in 1984 records Harding, who died from cancer last year aged 82, as member 329 and his address as Hornsey Road, Holloway, north London.

He is understood to have kept hidden a list of more than 1,000 PIE members with prominent names including top politicians from the Thatcher era.

One of his staff, who worked for him between 1980 and 1987, said: “Leon Brittan and Cyril Smith were both regular visitors to the shop.Usually they would come in via the side door, other times they would ring the bell at the front entrance and come in.“They’d straight away ask for Keith who would be coming down the stairs.

“Then they would then either go up to his office for a private meeting or they’d go out for several hours.”

The former worker added: “The shop had many high profile customers, including the Royals, because we were one of the few antique dealers in the world that specialised in restoring clocks, music boxes and automatons.

“It’s only now, with what I know about Brittan and Smith, and of course Keith, that has made me wonder what they were doing. Jeremy Thorpe too was an occasional visitor.”

Harding was given the Freedom of the City of London and made a member of the Worshipful Company of Clockmakers.He moved to Gloucester in 1987 after PIE disbanded, setting up Keith Harding’s World of Mechanical Music, a museum in Northleach, near Cheltenham.He was exposed as a member of PIE last November when footage emerged of him appearing alongside Jimmy Savile on a Christmas special of Jim’ll Fix It.

It later transpired that he had been convicted of indecent assault against four children aged eight and nine in 1958 when he was a teacher.

He apparently confessed to a friend he had the list of names kept in a safe.

Harding’s civil partner John Ferris, who now runs the museum, said yesterday: “I know nothing of any list. The safe is empty now. Keith never disclosed much about his life in London. I only met him in 1994 and I never knew he was a part of the Paedophile Information Exchange.” 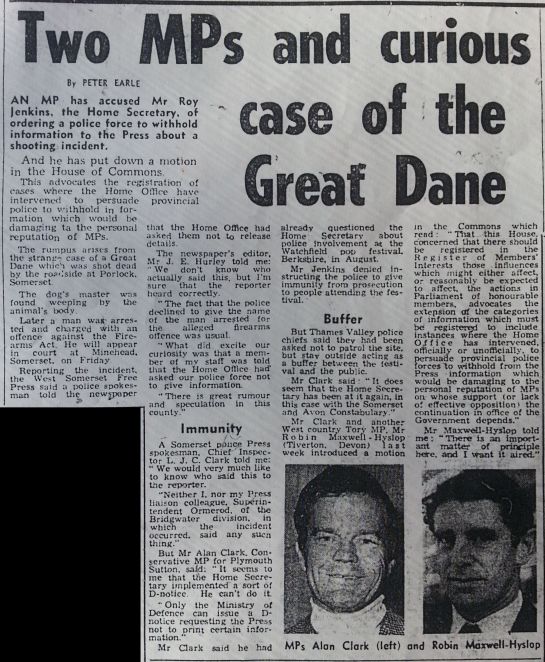