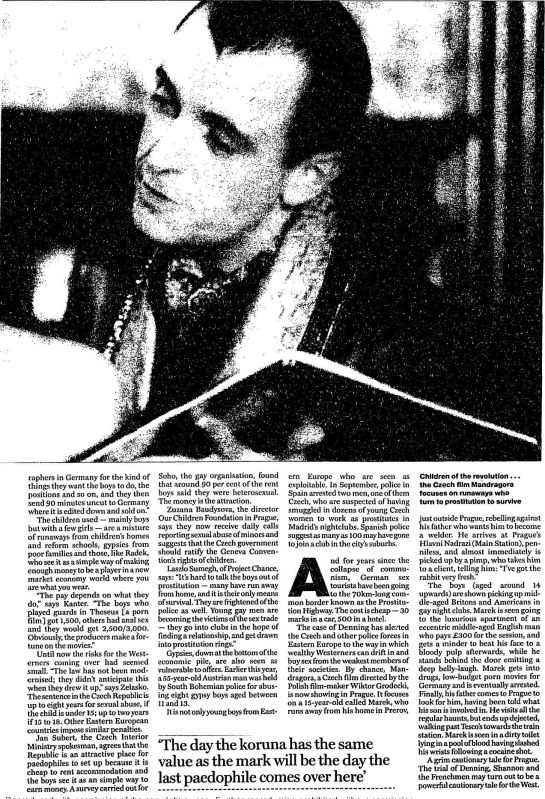 Synopsis: In the seedy bars and on the filthy streets of the Philippines, children are bought and sold for sex, used, abused and even killed. This is the story of Father Shay Cullen’s crusade to end the horrific trade in child sex by bringing offenders to justice. Won a Bronze Medal at the New York Festivals – National/International Affairs Category 1997. Won a UNESCO Silver Award at the New York Festivals 1997. Narrator – Marilyn Cutts