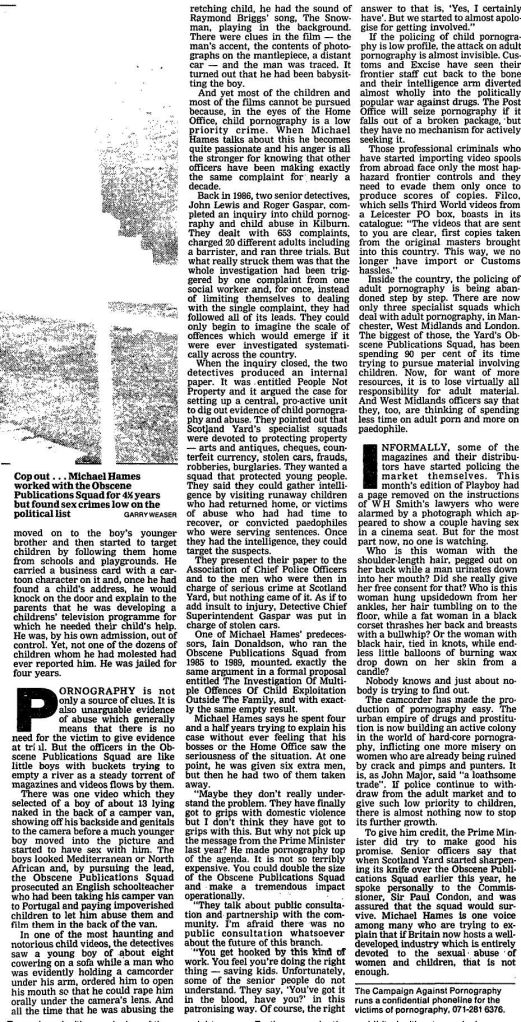 Operation Hedgerow: “Back in 1986, two senior detectives, John Lewis and Roger Gaspar, completed an inquiry into child pornography and child abuse in Kilburn. They dealt with 653 complaints, charged 20 different adults including a barrister, and ran three trials. But what really struck them was that the whole investigation had been triggered by one complaint from one social worker and, for once, instead of limiting themselves to dealing with the single complaint, they had followed all of its leads. They could only begin to imagine the scale of offences which would emerge if it were ever investigated systematically across the country.”

I don’t have any details of the other two trials and out of the other 13 men who were charged, the only other names I have are:

Thanks to Daniel for finding this article.